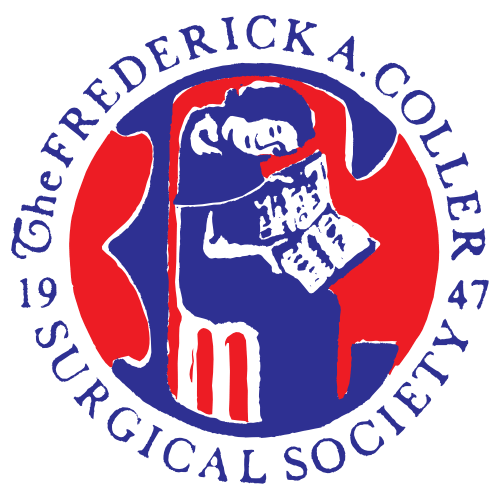 Article I - Duties of The Officers

There will be a certificate of membership available to each member.

Article VI - Changes in the Constitution and Bylaws

This society will be called the Frederick A. Coller Surgical Society.

Article II - Objective
The aim of the Society is to perpetuate the ideals and philosophy exemplified by Doctor Coller in patient care, continuing surgical education, clinical and laboratory investigation and the perpetuation of friendships.

The Frederick A. Coller Surgical Society shall consist of Active, Associate, Retired and Honorary Members.

Membership in the Society may be terminated under the following circumstances: