Dick Fry was an ardent and dedicated participant of the Frederick A. Coller Surgical Society since he presented his first paper in 1979. Since that time, he was able to attend all but two annual meetings. Dick was the recipient of a Coller Tour in 1982. In 1986, Dick was awarded a Royal College of Surgeons Fellowship Grant to Cambridge, Oxford, and Edinburgh. He also served as a Councilor of the Coller Society from 1996-1999. He and his wife, Michelle, felt the Coller Society granted him the opportunity for professional growth, personal enrichment, and a plethora of friends and colleagues. These led to the decision by Dick and Michelle to have memorial contributions made to our Society. 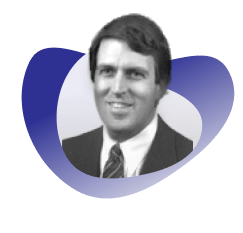 Dick graduated from DePauw University in 1974 with high distinction where he was elected to Phi Beta Kappa. He received his medical degree with clinical honors from the University of Michigan Medical School in 1978. He served his internship and residency in General Surgery and his Vascular Surgery fellowship under the tutelage of his father, William J. Fry, at the University of Texas Health Science Center in Dallas, Texas. He was Assistant Professor of Surgery at the University of Texas Southwestern Medical School from 1984 through 1989. In 1989, he entered private practice with Cardiac and Vascular Surgical Associates, P.C. in Beech Grove, Indiana with staff privileges at St. Francis Hospital. Dick held the position of Clinical Assistant Professor of Surgery at Indiana University Medical School at the time of his death. Throughout his career, Dick authored several book chapters and wrote dozens of articles. He frequently presented papers at the annual meetings of the Coller Society.

The Coller Society and all others who knew Dick Fry feel a profound loss on the untimely passing of this compassionate and well respected surgeon.

Help us perpetuate Dr. Coller's ideals through our programs, friendship, and mutual support.